Can You Be Addicted To Cannabis?

Can You Be Addicted To Cannabis? 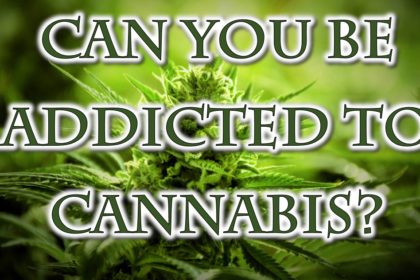 Green Man Cannabis strives not only to provide quality marijuana products, but also to educate and inform our patients of it’s endless medicinal benefits. We are constantly answering questions for everyone from the first time smoker to the cannabis connesiour, so this weeks blog post is brought to you by Green Man Cannabis Fan, Helen James.  Check out the article below which gives us insight into her research on the subject of Cannabis and Addiction.

Marijuana And Addiction – What Does The Science Actually Say?

When we think ‘drugs’, we typically think ‘addiction’. As such, with the classification of marijuana as an illegal ‘drug’, many have come to believe it to be an addictive substance. Anecdotal evidence, and public warnings that taking marijuana will lead to dependency and a decline into ‘hard’ drug use, have done nothing to dispel this impression. However, science is less certain about the ‘addictive’ properties of marijuana. Slowly but surely, it is becoming apparent that marijuana is not classically, irresistibly ‘addictive’ in the same way that drugs like heroin are. Indeed, there are many who believe that marijuana is less addictive even than caffeine. Here’s a closer look at the science of marijuana and addiction:

A problem immediately arises when going into this, with the question of what, precisely, ‘addiction’ entails. The term ‘addiction’ covers both chemical and behavioral elements, and the term has a fairly broad and imperfectly understood base of meaning. Without going into too much scientific detail, we can narrow down the kind of ‘addiction’ we’re interested in into something which releases dopamine or other such ‘reward’ chemicals within the brain. This can happen because a chemical within a substance interacts with the brain’s ‘reward’ centers (creating an artificial ‘reward’ feedback loop), or because a behavior triggers the release of dopamine ‘naturally’, thus becoming addictive over time. One becomes addicted to heroin because it interacts chemically with the brain’s ‘reward’ networks. One becomes addicted to sex or shopping because these activities cause a dopamine release, upon which the brain can become reliant. In theory, when people talk about a ‘marijuana detox’, they are referring to a process by which people would be weaning themselves off chemicals which cause the former kind of addiction. However, science is not so sure about marijuana’s chemically addictive potential.

Chemical Addiction To Marijuana Is Rare

In general, scientists have reached the consensus that marijuana is not, typically, chemically addictive in the same way that drugs like heroin are. Some people certainly do become dependent on marijuana – showing such signs of chemical addiction as cravings, withdrawal symptoms, and so forth. However, these people are really quite rare, and may well have a genetic anomaly which causes marijuana to react in different ways to their brains than the brains of others. For the majority of users, it is perfectly possible to pick up and put down marijuana at will – much as one can enjoy a drink without becoming addicted (in fact, most scientists agree that marijuana has far less addictive potential than alcohol). However, some psychiatrists believe that, while not precisely chemically addictive, excessive marijuana use can cause the same kind of problems as addiction. ‘Marijuana Use Disorder’, as proposed by some experts, occurs when people use marijuana irresponsibly to self-medicate for psychological or social problems. While marijuana can be very good indeed for the treatment of certain mental health issues, it is important to treat it with respect, and use it responsibly.

Marijuana Use Disorder is acknowledged to be ‘less clinically severe’ than other ‘drug dependencies’ – meaning, largely, that it does not involve physical dependency. However, those working with ‘patients’ assert that the condition does bring about psychological dependency – those affected use marijuana as a ‘crutch’, relying on it to blot out or distract them from their problems, rather than facing and solving those problems. Marijuana, as we all know, contains a psychoactive substance known as ‘THC’, which can relax people, dispel worries, soothe pain (both physical and psychological), and generally make people feel better. Little wonder that those suffering from anxiety, or depression, should feel an urge to turn to such a drug. However, while THC is not addictive per se, some worry that vulnerable people could become dependent on its mood-boosting and pain-numbing effects, preventing them from progressing effectively with their lives. In all fairness, many pharmaceutical drugs used to treat mental illness have similarly ‘numbing’ effects – but mental healthcare professionals are still dubious about the misuse of marijuana to hide from problems, rather than the more responsible use of the stuff as a medicine. Whether or not these concerns are valid depends a great deal on who you listen to, but the increasing use of marijuana in a medicinal context may well lead to a lot of opinion changes on this score in the years to come. 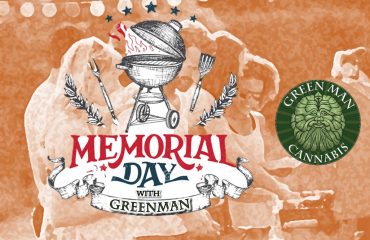 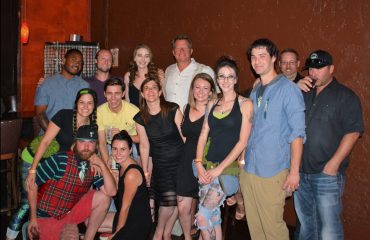 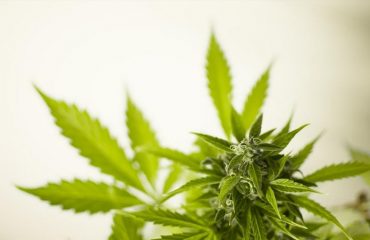 6 Important Things to Note Before Giving Cannabis to Your Pet